Self-consumption cabinet: for a storage power up to 9.6kWh.

Our self-consumption cabinet allows you to directly use the energy produced by your PV system and to store the surplus energy not consumed in the batteries. This solution consists of an inverter, electrical protections and batteries.

Meets up to 90% of the electricity needs of a family of 4!
Reduces your energy bill
Pre-wired cabinet for an efficient installation time!
Continuity to enjoy your equipment at all times

I produce, I store, I consume!

The use of a self-consumption cabinet is a concept that is still little known but which nevertheless has an attractive economic potential in the face of the significant increase of the price of electricity!
The idea is simple:
1. During the day, the photovoltaic panels produce energy, which is sent to the self-consumption cabinet. This allows you to power your electrical appliances (washing machine, television, computer, light…).
2. The unconsumed energy is stored in the batteries of the self-consumption cabinet, to be used later and the surplus electricity is fed back into the network.
3. In the evening and at night, the photovoltaic panels can no longer power your electrical appliances, the energy stored in the batteries is consumed. You can use your television set, turn on the lights or run a machine, if necessary, the public network comes into play as a complement. 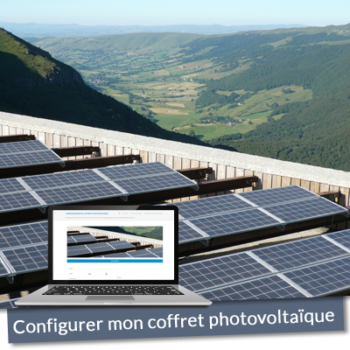